I’ve promoted the free drinking water dispensers at airports before, but several people had a valid question. How much can we trust that they maintain the filters? So, I brought along a TDS Water Meter to measure dissolved solids in the water. 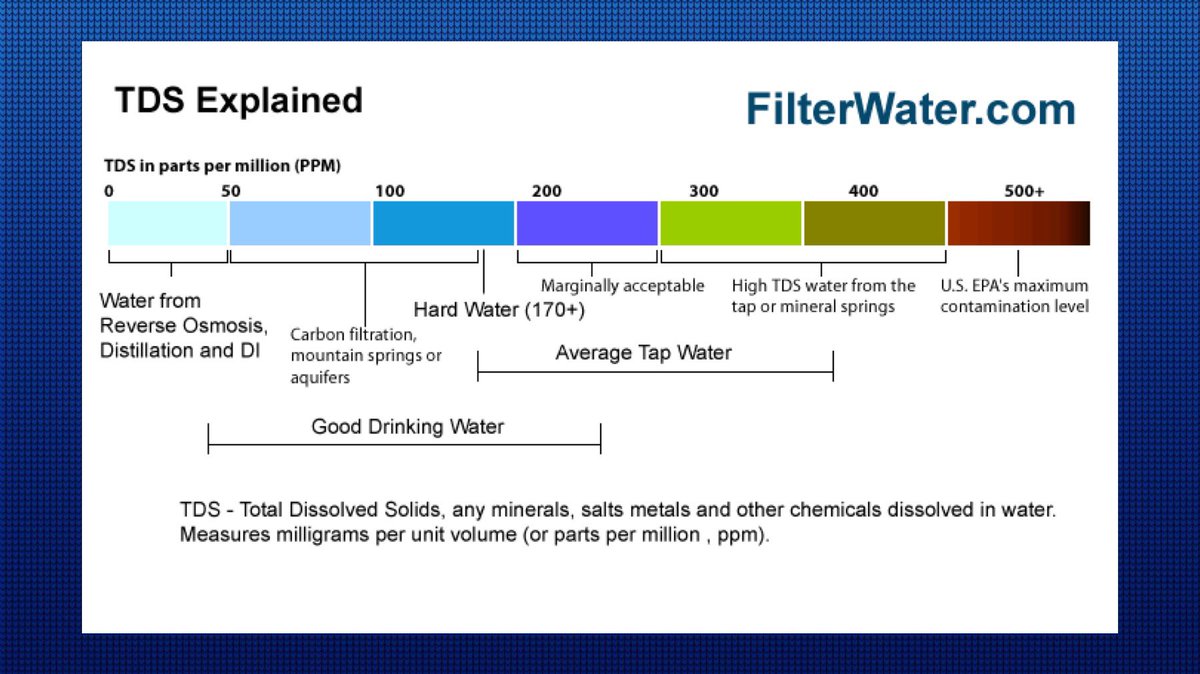 The first TDS reading is tap water at Phuket Airport. At 92ppm that is actually safe to drink or at least brush your teeth with.

* Obviously my meter doesn’t test for everything. For example, it doesn’t detect poisons like arsenic and so only use it as a guide. 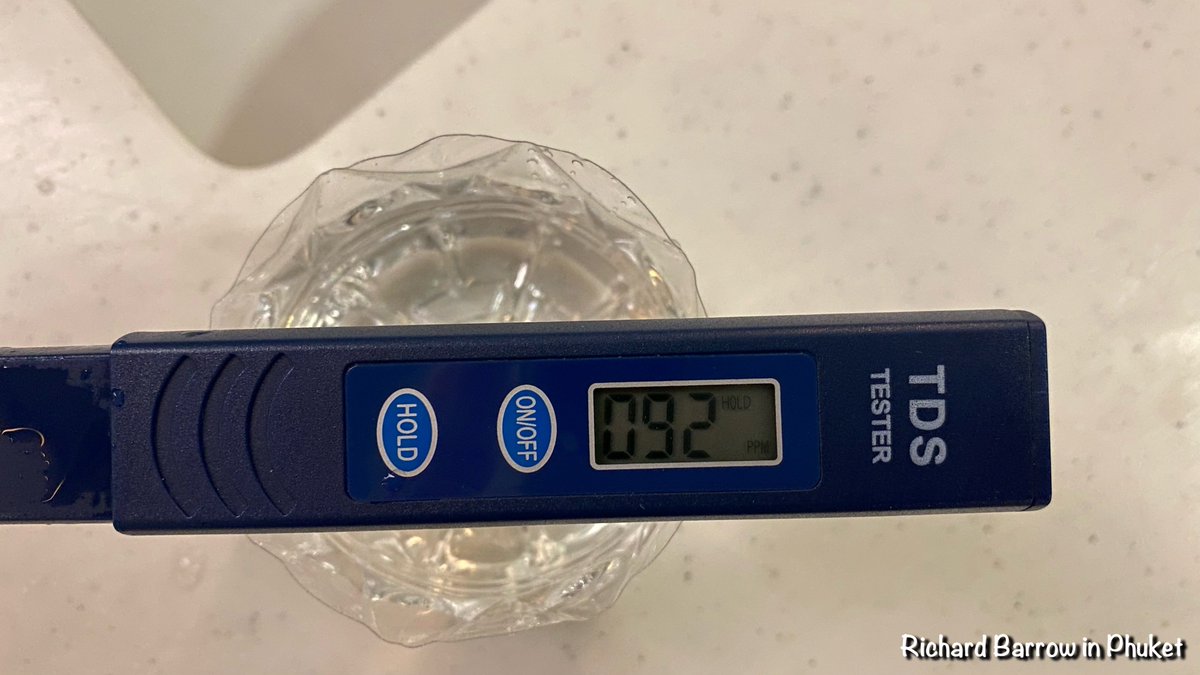 At Phuket Airport, they have these drinking fountains. The TDS reading here is 66ppm which is still within accepted limits for drinking water. 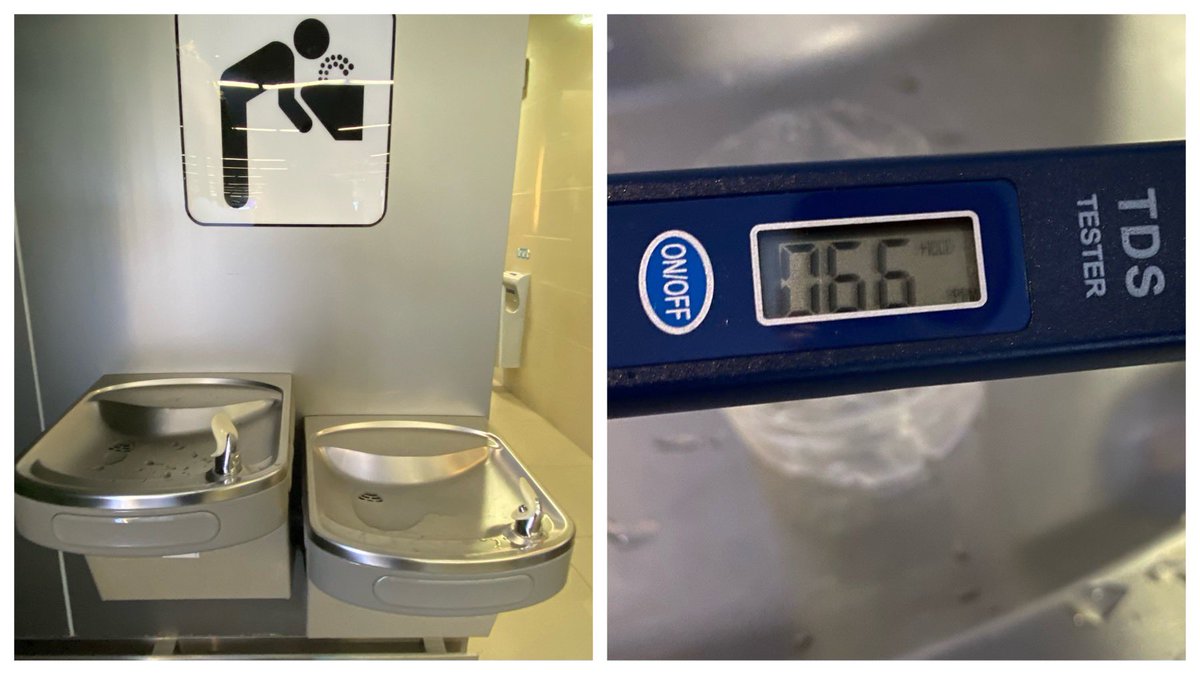 Phuket Airport also has these hot and cold water dispensers. The TDS reading here was zero which meant no dissolved solids. My water filter at home is the same. But some water filters add minerals for health benefits. Bottled drinking water is never this low. 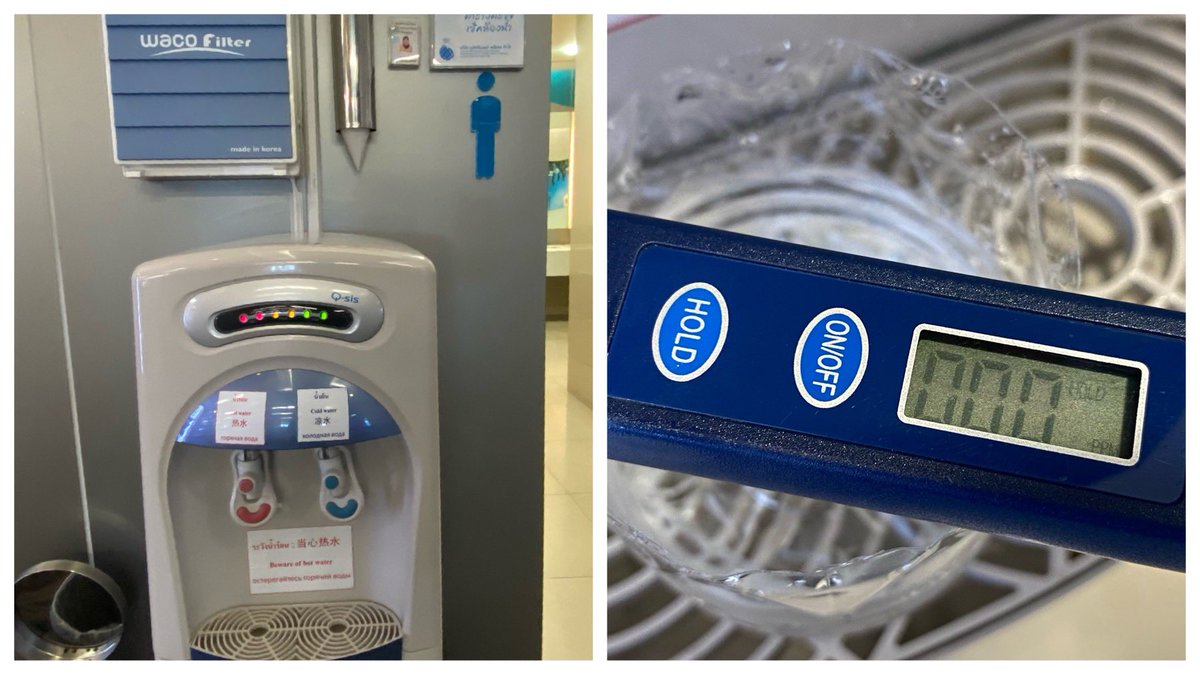 This is the tap water in the toilet at Don Mueang airport. The TDS reading is quite high at 203ppm but it is still within acceptable limits for clean water. Though at the upper end. You shouldn’t do more than brush your teeth with it. But don’t swallow! 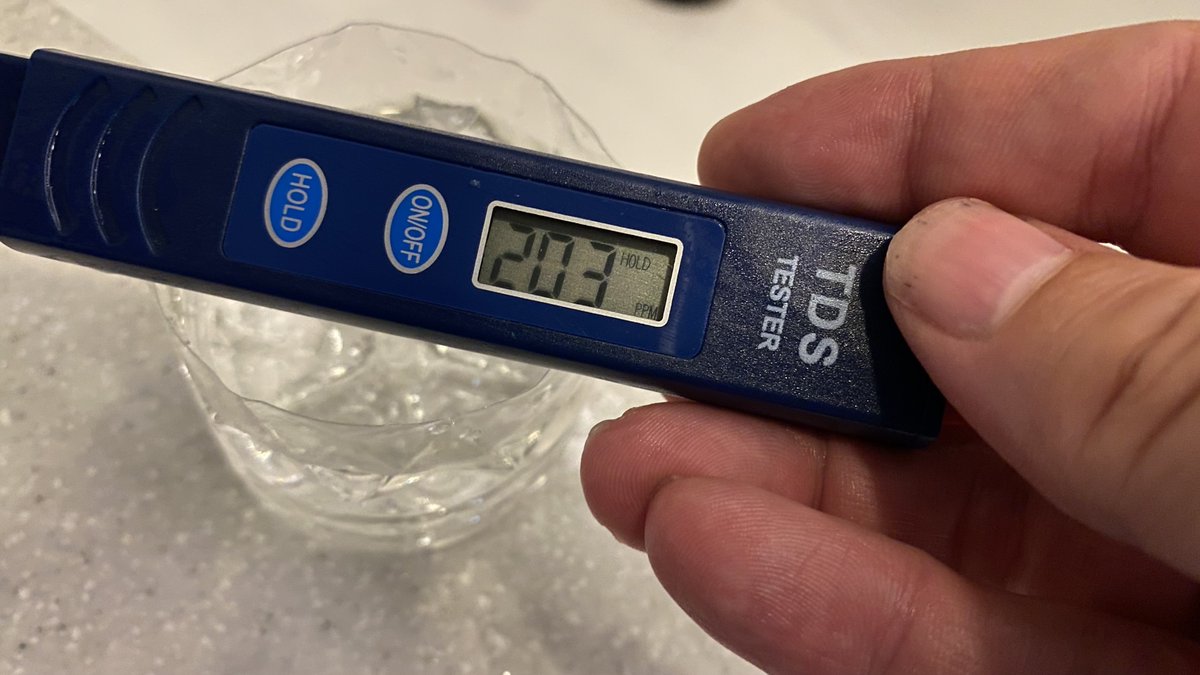 This is the water filter at Don Mueang airport. The TDS reading was 183ppm, not much lower than tap water. It doesn’t necessarily mean it’s worse than the water in Phuket which was zero, as this one could be adding minerals. I’ve written to the manufacture but no answer yet. 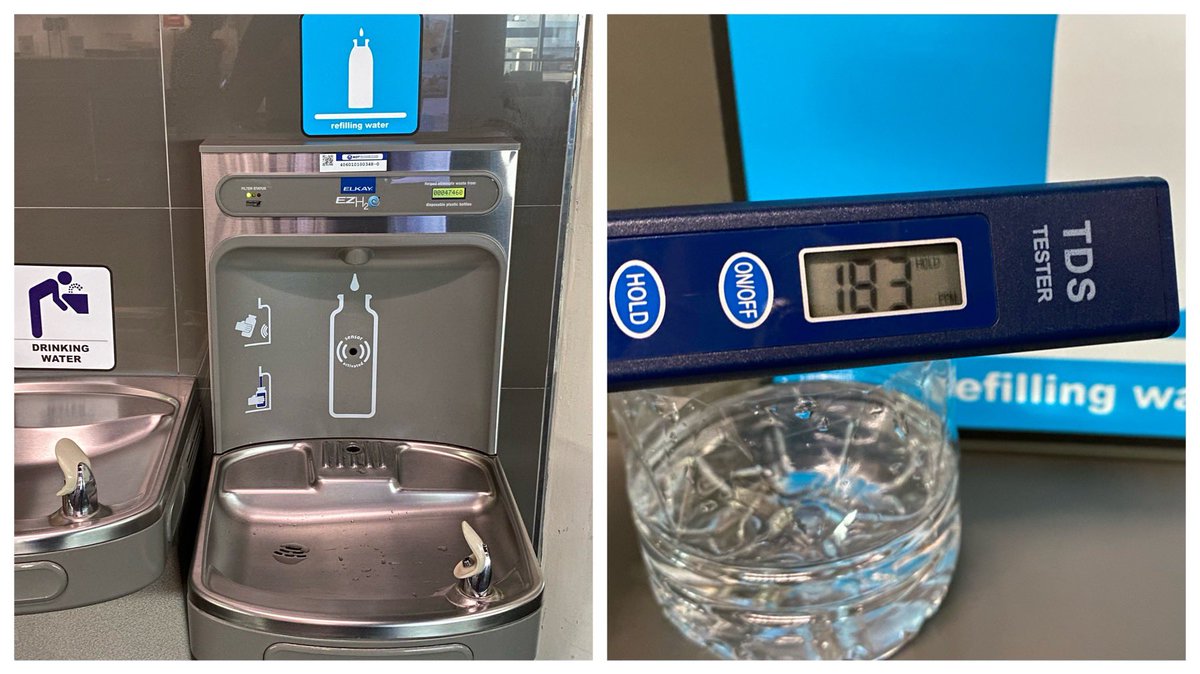 The drinking water dispensers at Don Mueang airport have a status light which was green. So, safe in theory. I decided to test the water at the far end of the terminal which would have less foot traffic and so less people using it. As expected the TDS reading was lower at 159ppm. 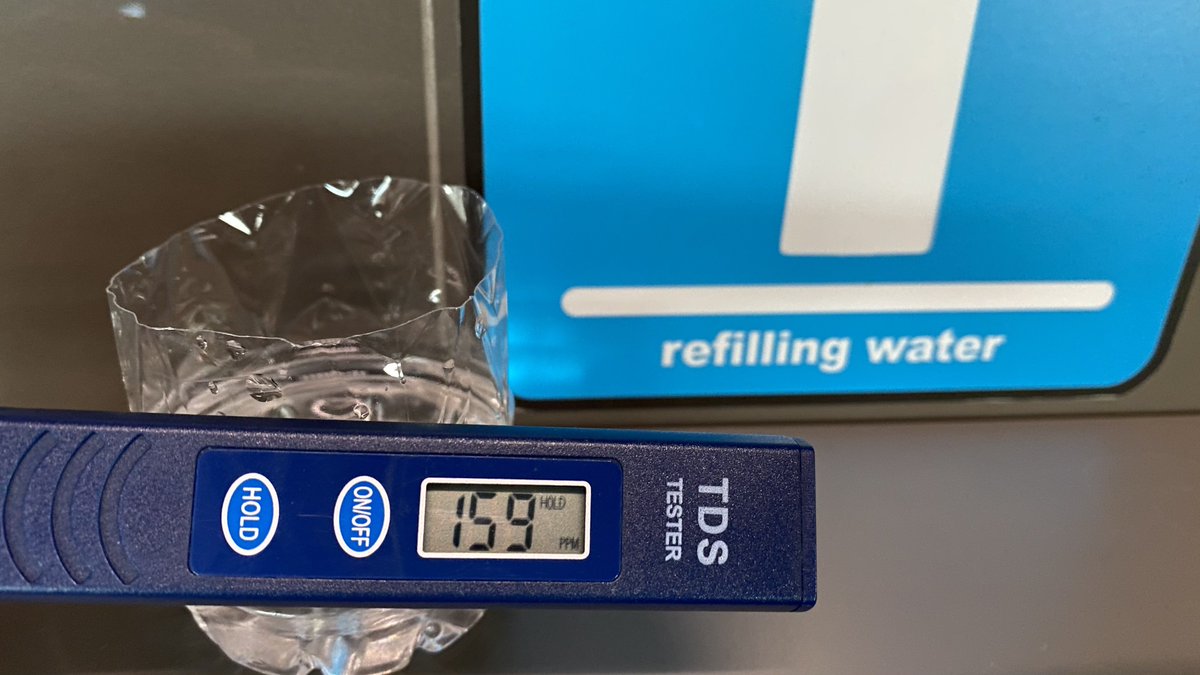 This is not a scientific study. Like I said before, the TDS meter doesn’t test for things such as poisons. Plus, a high reading could just mean that there’re minerals present, like in bottled water. My intention here is just to stimulate discussion. Is public drinking water safe? 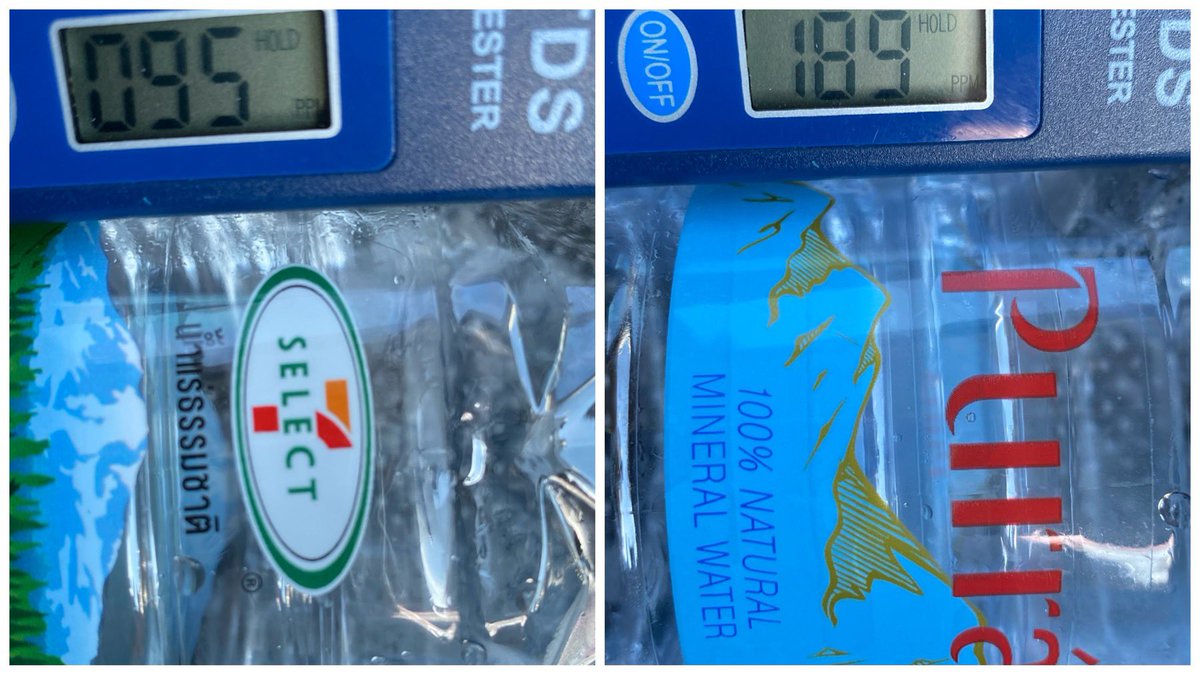 2 thoughts on “How much do you trust public drinking water?”